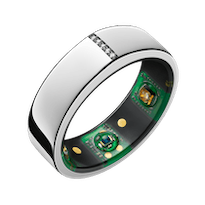 Cristina dunks into a segment about the NBA and how it’s hoping to protect its players with wearable technology as the league resumes the season in a Disneyworld-based bubble. Does the Oura smart ring really live up to the hype it can predict COVID-19 symptoms early? Darren provides important background and context after an open letter from the Linguistic Society of America calls for the removal of Dr. Steven Pinker.

Can The Oura Ring Detect COVID-19?

McGill – Jonathan Jarry: The Magical Ring That Was Claimed to Predict COVID-19

Letter to Linguistic Society of America

Why Evolution is True – The Purity Posse Pursues Pinker