The Reality Check, is a weekly Canadian show that explores a wide range of controversies and curiosities by probing popular myths and exposing the surprising truth behind them. In a world awash with information, The Reality Check helps listeners differentiate fact from fiction, yet tries to strike a balance between providing entertainment and information. Born out of a grassroots critical thinking group who decided a podcast was the way to go – before podcasting was cool – TRC cuts through the “nonsense” using science to examine dubious claims. 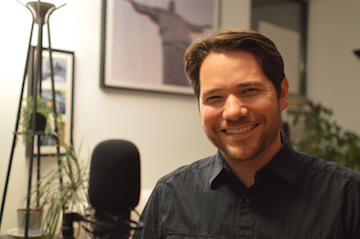 Darren McKee:  After surviving the crash from Krypton, Darren studied psychology and public policy. As host of The Reality Check, he believes that critical thinking should be promoted in all areas of life. He delights in the discoveries and power of Science, but also thinks it is important to highlight its limitations. Darren appreciates exploring the intersection of rationality and morality, which you’ll hear on the show and can see in his talks on “Effective Altruism.”  Darren invites you not just to think better, but to act better. 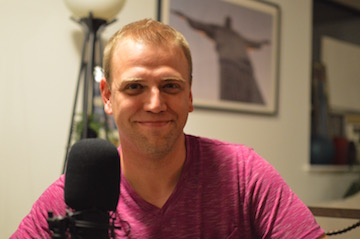 Adam Gardner: When not fighting evil by moonlight, Adam likes to tackle fun claims regarding vampires and zombies, science fiction and pretty much anything to do with cats. With a background in Computer Engineering, he applies a logical way of thinking to any topic, no matter how serious or silly.  Always happy to look on the lighter side of an issue, he’ll take any opportunity to crack a joke during the show.  He’s never seen a microphone that he wanted to shy away from. He belongs on the air. 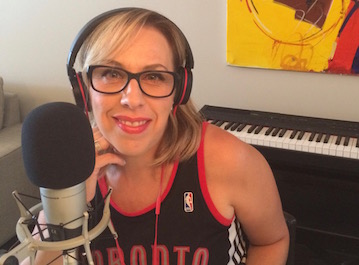 Cristina Roach: A JUNO and Platinum award winning music publicist by trade, Cristina is a nerd at heart with a penchant for Science communication. After doing voice overs for TRC’s intro and outro theme, she appeared as a guest panelist several times before joining the show as a weekly co-host. Cristina lends a female perspective to the mix and is particularly passionate about debunking health myths perpetuated by celebrities. When taking time from busting bogus claims, you’ll probably find her at a Toronto Raptors game. 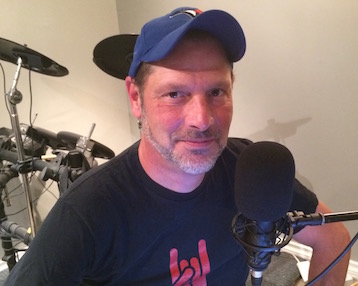 Producer Pat: The engine that keeps TRC going, Pat holds a “PhD from the University of Rock n’ Roll”. A former professional musician, producer and self-professed Science geek, he has an insatiable interest in astronomy and astrophysics. Pat’s goal is to help educate average people, like himself, to question anything that sounds too good to be true. Whether writing music, editing or listening to podcasts, he spends most of his life with headphones on. Pat and Cristina also create science-themed parodies from popular music that sometimes kick off the show.