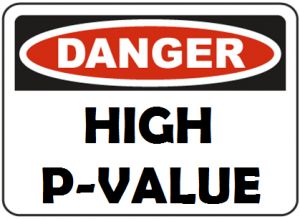 Pat’s away but the guys still pull off one of the greatest episodes of all time with #305. Elan starts off the show with an overview of Null Hypothesis Significance Testing (NHST). P-values galore! Next, Adam looks into whether some dogs are racist and why that may be. Darren closes out the show by discussing a recent article that measured the most common times and places that supposed UFO sightings occur.

Are some dogs racist? – The Straight Dope

Can wild animals really “sense” the fear in other animals?

This entry was posted in The Reality Check Episodes and tagged dogs. Bookmark the permalink.