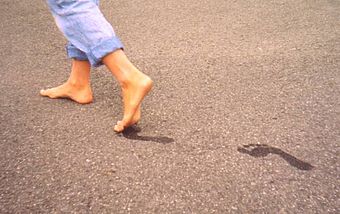 Episode 254 is pretty wild. First of all, Adam and Pat both coincidentally do segments about being barefoot. Adam looks into if there are any benefits to barefoot running and Pat discusses whether or not it is illegal to drive barefoot. In between these two gems, Darren hosts a game of Science Fact or Science Fiction, with the topic being things he learnt on his trip to Europe. Enjoy!

Give barefoot running the boot?

Canada Safety Council – These Boots Were Made for Walking, Not