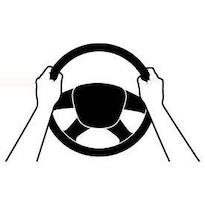 The mantra when Pat was learning to drive was ‘hands at 10 and 2 o’clock’ when gripping the steering wheel. Turns out, all of us Gen X’ers may need a driver refresher course. Adam does a deep dive into recent headlines citing a huge increase in anti-Asian hate crimes in North America. Our favourite planetary scientist, Dr. Stuart Robbins, tells us about the fascinating rules around naming stuff in space.

Get with the times: You’re driving all wrong

Things Have Changed Since You Learned to Drive

Hate Crimes Against Asian Americans Are on the Rise. Many Say More Policing Isn’t the Answer – Time