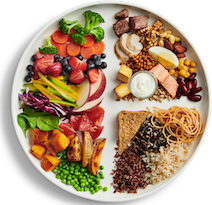 Cristina kicks off the show by separating the facts from the fumbles around Super Bowl myths. Darren digs into Canada’s latest Food Guide and asks whether its current revamp is line with the best evidence and data available. Finally, Adam ponders whether noise meters at sports events are all fake.

Patspicks: What if everybody in Canada flushed at once?

This entry was posted in The Reality Check Episodes and tagged food, sports. Bookmark the permalink.