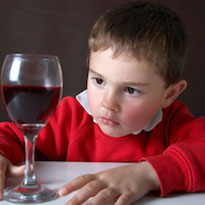 This week, Darren goes back billions of years to give us a fascinating look at early Earth. Adam takes a deep dive into how recent academic journals in the field of “grievance studies” were successfully published despite being a hoax. After NBA star Lebron James raised some eyebrows when stating his 11 and 14 year olds drink wine, Cristina looks into whether there is any tangible evidence to support a well-held notion that exposing kids to alcohol helps mitigate alcohol-related harms and dependence as teens and adults.

Academic Grievance Studies and the Corruption of Scholarship – Areo Magazine

This entry was posted in The Reality Check Episodes and tagged alcohol, children, history, hoax. Bookmark the permalink.