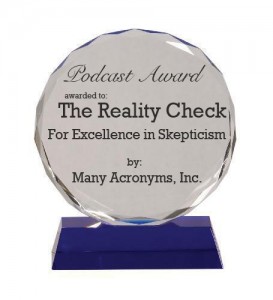 This episode of The Reality Check is the best piece of content on the internet. Pat leads things off by going in depth into his investigation of a vanity award scam. Next Darren discusses if people in Afghanistan know about the events of 9/11. Finally Elan answers whether it’s true that a 17 year old woman named Jackie Mitchell struck out Babe Ruth and Lou Gehrig consecutively.

Genealogy Site Ripped Off by US-CA.org