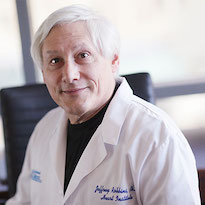 On Saturday the world lost a world renowned cardiovascular researcher in a tragic accident.  It was the day of his 50th wedding anniversary. Over the course of his 50-year career, he published more than 250 peer-reviewed scientific articles and his work has earned some of the most prestigious research awards.

His name was Dr. Jeffrey Robbins, father of our good friend and TRC’s 5th Beatle, Dr. Stuart Robbins. In honour of Stuart’s father and his scientific legacy, we are running an interview Stuart did with him in 2014 for his Exposing PseudoAstronomy podcast about ethics in scientific research. Our hearts go out to Stuart and his family.

American Heart Association – Jeffrey Robbins Does Not Do Discouragement

1 Response to TRC #653: Ethics In Scientific Research with Dr. Robbins and Dr. Robbins