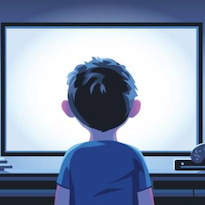 After seeing a viral video featuring Stephen Fry, Cristina examines the practice of turning on same-language subtitling and its surprising effect on reading skills, particularly in children. Adam looks at examples of recent cases where Google and Twitter algorithms are being accused of bias.

Turn On The Subtitles: Home

Stephen Fry talks about turning on the subtitles

Transparency around image cropping and changes to come – Twitter