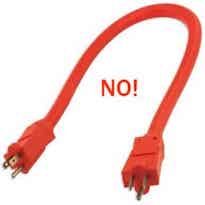 Planetary scientist and Hall of Famer guest Dr. Stuart Robbins joins Pat and Cristina to respond to a listener who asks why the Earth experiences two high tides instead of just one. Adam brings us a PSA on the dangers of double male end adapters, known as ‘suicide cords’. Dr. Stu rounds out the show with a follow-up to Adam’s ‘Life On Venus?’ segment from September by addressing the accuracy of a recent study published by astronomers claiming phosphine – a potential marker of life – was discovered in Venus’ atmosphere.

Is There An Adapter Out There With Two Male Ends For My Christmas Lights? – West Lake Hardware

Six Dangers of Backfeeding Through The Dryer Outlet