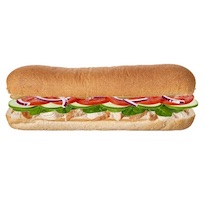 This week we bring you two fascinating segments. First our resident planetary geophysics expert, Dr. Stuart Robbins, is back to help us with a listener email about how we calculate the mass of the earth. We also dig into the difference between weight and mass. Adam rounds out the show with a deep dive into whether an Irish court has ruled that Subway bread is not bread asking, ‘what is a sandwich anyways’?

Calculating The Mass Of Earth

Subway Bread Is Not Bread?

Subway sandwiches contain ‘too much sugar’ to legally be considered bread, Supreme Court rules – the journal.ie

JUDGMENT of Ms. Justice Kennedy delivered on the 3rd day of April 2019

Judge Rules Burrito Is Not Sandwich – Lowering the Bar