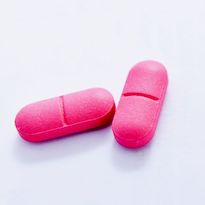 This week, we bring in the experts to bring YOU two great interviews! First, Cristina looks at the controversial ‘Benadryl challenge’ on TikTok and has a discussion with Dr. David Stukus about the potential danger of this over-the-counter medication. Dr. Stukus is a Paediatric allergy & asthma specialist and the Social Media Medical Editor for the American Academy of Allergy, Asthma and Immunology. Next, our resident research scientist who studies planetary geophysics, Dr. Stuart Robbins, tells us some surprising information about the luminosity of the moon.

4 Responses to TRC #604: The ‘Benadryl Challenge’ + The Moon’s Luminosity