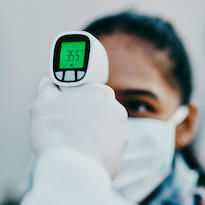 As pandemic restrictions begin to ease around the world, Cristina investigates whether taking temperature checks at retail stores or workplaces gives us a false sense of security or if monitoring temperatures actually helps curb the spread of COVID-19. Darren builds on his segment from last week’s show on how to talk about talking about difficult topics, with a look at complications with concepts of evidence and context. Adam revisits Mayan doomsday prophecies after a few articles circulating the internet suggest the ‘math was wrong’ and the end of the world is really today, June 21, 2020.

Slate: What Is the Point of Temperature Checks?

Change From Julian to Gregorian Calendar – Time and Date