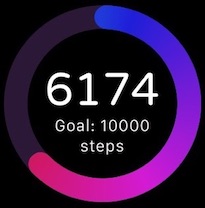 Cristina flexes her critical thinking muscles and investigates the legitimacy of why 10,000 steps a day is promoted as the magical number to stay healthy and fit. Adam looks at statistics to check claims that fatal anti-transgender violence is a national epidemic in the U.S. Lastly, Darren gives an overview of Pedro Domingos’ book, “The Master Algorithm”, a thought-provoking look at machine learning.

Guardian: Watch your step: why the 10,000 daily goal is built on bad science

Atlantic: What 10,000 Steps Will Really Get You

HuffPost: What Science Actually Says About Taking 10,000 Steps A Day

NCBI: How many steps/day are enough? for adults

JAMA: Association of Step Volume and Intensity With All-Cause Mortality in Older Women

Are We in the Midst of a Transgender Murder Epidemic? – Quillette

A National Epidemic: Fatal Anti-Transgender Violence in America in 2018 – HRC

The Master Algorithm by Pedro Domingos (at Amazon)