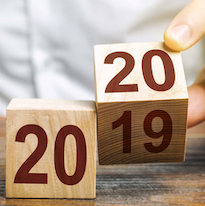 Happy New Year, Checkers! The crew rings in the first show of 2020 with a laughter-filled look back at last year. First, a little navel gazing while we chat about our favourite segments. Next, Producer Pat challenges the panel to a sneaky 2019 themed game of ‘Name That’. Lastly, Adam fact checks how well we did with our 2019 predictions, before we take out the proverbial crystal ball and do it all again for 2020.