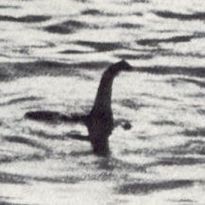 With the term ‘gaslighting’ popping up everywhere (again), Adam looks into the origins of the term, what is and isn’t considered gaslighting, and whether the cries that Trump is ‘gaslighting America’ fit the context. Cristina brings some needed levity after discovering an AskReddit thread listing people’s most highly believable facts that turned out to be B.S. Finally, Darren explores how the idea of the Loch Ness Monster may have manifested in our collective consciousness.

What Gaslighting Is & Isn’t

Donald Trump Is Still Gaslighting America. I Really Care. Do u? – Teen Vogue

The Boy Who Inflated the Concept of ‘Wolf’ – Quillette

What Gaslighting Isn’t – The Odyssey

How Old Is ‘Gaslighting’? – Chronicle

Today I Found Out: Einstein vs Math

Today I Found Out: Napoleon

This entry was posted in The Reality Check Episodes and tagged Loch Ness. Bookmark the permalink.