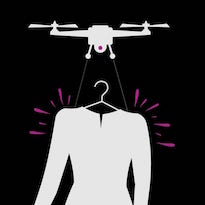 Happy Summer Solstice, Checkers! This week, Darren explores whether implicit bias training really works in the wake of Starbucks recently closing their stores to provide racial-bias training to its employees. Cristina takes time out of watching the World Cup to check a claim that Mexican fans triggered an earthquake when celebrating Mexico’s victory over defending champion Germany. Finally, Adam looks into the validity of a story suggesting a Saudi Arabian fashion show used drones to model clothes on the catwalk because women are forbidden to model.

Was the ‘Law to Separate Families’ Passed in 1997 or ‘by Democrats’? – Snopes

This entry was posted in The Reality Check Episodes and tagged bias, social media, sports. Bookmark the permalink.