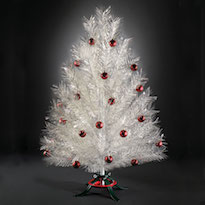 With Cristina out sick this week, our favourite astronomer Stuart Robbins joins the panel. First Adam looks into aluminum Christmas trees and whether or not ‘A Charlie Brown Christmas’ is to blame for their demise. Next, Stuart gives us a long promised overview of habitable zones. Lastly, Darren takes a look into a couple of interpretations of the lyrics for ‘Baby, It’s Cold Outside’.

PopSci: What Methane Based Life On Titan Could Look Like

This entry was posted in The Reality Check Episodes and tagged christmas, guest, music, Stuart Robbins. Bookmark the permalink.