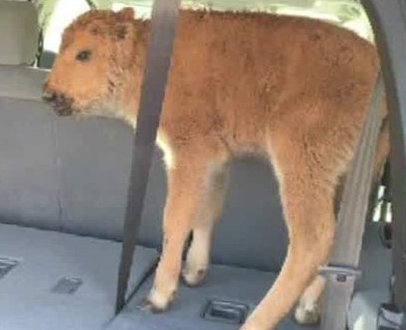 On this week’s show, Darren examines recent stories about people who put a baby bison in their car in Yellowstone National Park.  Next, Cristina does the math on how much Uber drivers really make.   Last, Adam fact checks headlines claiming that a Quebec teenager found a lost Mayan city.

Is Uber A Scam?

Metro: If you think you’ll get rich driving UberX in Toronto, think again

Annual Cost to Own and Operate a Vehicle Falls to $8,698, Finds AAA

Slate: In Search of Uber’s Unicorn

Did A Teen Find A Lost Mayan City?

This entry was posted in The Reality Check Episodes and tagged animals, hoax. Bookmark the permalink.